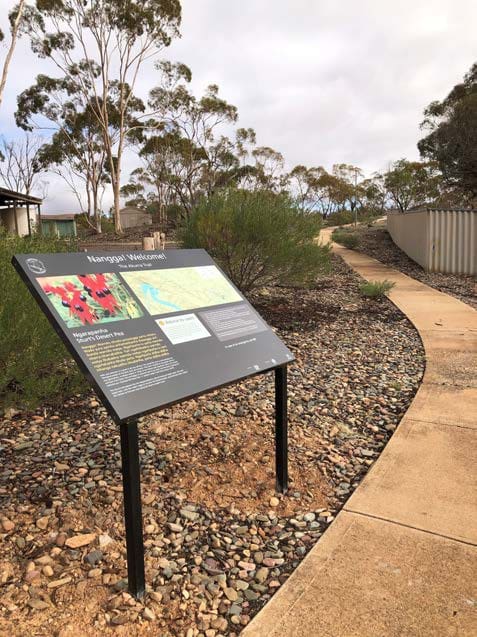 June promises to be an exciting month for Leigh Creek and the region with two major events happening.

On Tuesday 22nd June at 10 am the Akarra Trail will be officially opened.

The Official Opening will be held at the trail starting point (near the hospital walkway), followed by morning tea served in the VIO. After the official opening, it is planned for older Leigh Creek Area students and interested adults to walk part of the trail returning for a celebration bbq
luncheon, being cooked and served at the Town Oval BBQs.

Please join us and help to celebrate this amazing trail and community effort.

Don’t forget to book your tickets for Sunday, June 27th 2021 to be part of this fabulous country music event.

The Leigh Creek concert is the only event to feature Kasey Chambers so don’t miss out. Tickets are selling fast. Gates will open at 4 pm.

Lots of yummy food available and of course great music.

This year Leigh Creek Energy (LCK) were proud to sponsor the Flinders Indigenous Cricket Team. In early March 2021, the team attended the State-wide Indigenous cricket carnival held in Adelaide. The team represented the Far North Flinders Region and was made up of players aged from 15yrs to 35 yrs. The team appointed Mark Austin as captain, Mark has played at senior level his enjoyment of the game and qualifications assist him in leading the team in their goals of improving their skills fitness and participation.

The state-wide carnival provides a pathway for Aboriginal kids who want to play cricket for their community and long-term play for their state or even at a national level for Australia. There were 8 teams involved in this year’s carnival from different areas of the state, those teams included Flinders, Port Lincoln, Koonibba from Ceduna, Adelaide teams Kaurna, Too Strong Warriors and City and 2 teams from the Riverland area Gerard and Raukkan (Point McCleay).

The Flinders team have been participating in the carnival since 2014 and will continue to do so for many years to come. At this year’s carnival, the team won 2 out of 3 games and are very excited for the future of the Flinders Cricket Team. The first game was won by 10 wickets and this gave the young players confidence to excel into our next game, unfortunately, the team fell short of the target in the second game against “Too Strong Warriors”. However, it didn’t dampen the team’s enthusiasm as they took their energy into the next game against Port Lincoln and won by 10 runs to secure second spot on the Division 1 ladder. Unfortunately, they just missed out on playing in the Grand Final. However, the players gained fitness, structure, confidence and built on their self-esteem.

Team Captain Mark Austin said, “We would like to take this opportunity on behalf of myself and the players to thank Leigh Creek Energy LCK for Sponsorship to attend this year’s carnival and greatly appreciated donations that have enabled us to attend. LCK have the honour of supporting local youth in Sport and Recreation and foresee the benefits as positive promotion and exposure of your organisation that shows support for our local community”

LCK Sponsorship Coordinator said “LCK are proud to sponsor the Flinders Indigenous Cricket team, not only is it a great opportunity for the players to showcase their skills but a great community team to get behind” 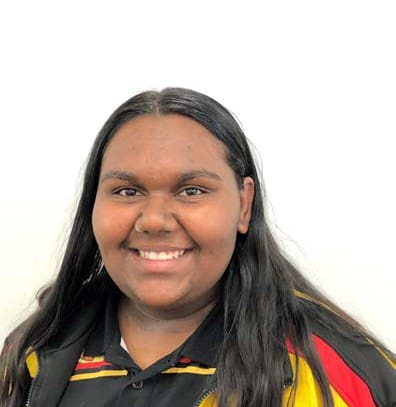 The Dame Roma Mitchell Scholarship was instituted in 1993 to provide financial support for aboriginal students undertaking studies in years 11 and 12 to complete the South Australiana Certificate of Education (SACE). This year’s recipient of this scholarship is our very own Shaewanah Coulthard.

Congratulations we are all so very proud and wish you every success in your studies.

Out and About, Leigh Creek Transformation, Vaccinations,  Farina Cricket and Library.